A Handwriting Expert hired by the camp of Senator Ramon "Bong" Revilla Jr. 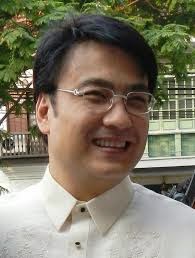 The senator stresses the ex-NBI examiner is not being paid to lie.

A handwriting expert hired by the camp of Senator Ramon "Bong" Revilla Jr. to examine documents allegedly signed by the senator to endorse his pork barrel funds to bogus non-government organizations was paid P200,000 by Revilla's office.
Former NBI employee
Testifying before the Sandiganbayan on Thursday, former National Bureau of Investigation (NBI) senior document examiner Atty. Desiderio Pagui said Revilla's signatures in Commission on Audit (COA) documents were all forged.
During cross examination, Pagui admitted that he was paid P200,000 by Revilla to testify in the senator's bail hearing.
In an ambush interview, Revilla stressed that Pagui was not paid to lie but rather share his expertise to the anti-graft court hearing his case.
Revilla's case
Revilla is facing plunder and graft charges for allegedly benefiting from his Priority Development Assistance Fund (PDAF) that supposedly went to fake NGOs set up by Janet Lim Napoles.
The camp of Revilla said Pagui's testimony bolsters the admission of pork barrel scam key whistleblower Benhur Luy that he forged the signatures of lawmakers.
The prosecution, on the other hand, said the testimony of Luy stands as the government's strongest evidence against the senator.
Bail issue
The bail hearings of Revilla and Napoles concluded yesterday, Thursday, November 20.
Normally, 48 hours after the conclusion of the bail hearings, the court would have to render a decision.
But according to Sandiganbayan First Division chairperson Associate Justice Efren dela Cruz, they will not be able to rule on the bail petitions within 48 hours because of the volume of case documents.
Dela Cruz said they will ask the Supreme Court for an extension.
Share:
Newer Post Older Post