Manny Pacquiao Debut In PBA With A Win 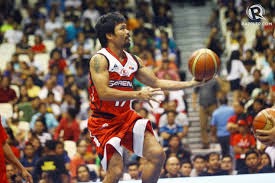 Manny Pacquiao played six minutes and 46 seconds in his PBA debut as the playing head coach of the KIA Sorento. He failed to score a point as he did not take a single shot attempt. He turned the ball over twice, committed a foul, and was overall a detriment to his team while he was on the floor as a minus-9.

Yet, the mark Pacquiao left in the KIA Sorento is indelible. He didn’t help on the floor. He didn’t help a lot in the sidelines as assistant coach Glen Capacio drew up the plays and called the shots.

The role of playing-coach is reserved for very special kinds of athletes. In the NBA, it was for the legendary Bill Russell. In the PBA, it was for Robert Jaworski.

With his entry in the PBA as a playing-coach and a rookie at 36 years of age, Pacquiao altered the norm.

The PBA is, in the very end, a business as it is a basketball league. While Russell and Jaworksi were great basketball minds who turned out to be great brands later on, Pacquiao is a greater brand now, which made the basketball part unnecessary.

“Pressure is natural,” Pacquiao said in Filipino during the press conference. “I told them ‘If you’re awed by the number of people here, just imagine they’re all here to support us.’ Just focus on the game and execute the plays we’re practiced.”

Not expected to win, KIA rallied in the third quarter after getting bludgeoned in the first half.

“We played better defense in the third quarter and then our offense came along after,” Pacquiao said. “We won with the help of all the members of our coaching staff and it’s good that the players listened to us.”

LA Revilla, a point guard who already fell out of the league, got a second chance under Pacquiao. He made it count by playing the best game of his life as he scored 23 points and grabbed six rebounds.

“I’m proud of him,” said Pacquiao as he patted Revilla on the back. Pacquiao will never be as good as Revilla in basketball but the young player will never be close to gaining Pacquiao’s popularity.

It was a symbiosis between the two, brought along by the fact that they both needed each other. Without Pacquiao, KIA may not have pushed on with their plan to be in the PBA. Without KIA, Revilla would still be playing in the PBA D-League.

In exchange, Pacquiao gets to sit in front of members of the media and talk about the game he loves so much. He is addressed as "Coach" and he gets to talk about his game. All it cost him was time. All he lent was his popularity.

“It doesn’t matter if I play or not as long as my team wins,” Pacquiao said. “Our next game is on Saturday against Ginebra but I won’t play anymore because my fight is fast approaching but my support will be there for the team.”

With the loss of Nonito Donaire earlier in the day, Pacquiao is once again the lone Filipino near the top of the boxing mountain. He knows nothing less than a clear win would do.

So there he was, inside the press room. Smiling. Talking about basketball. Taking in the sight of the mammoth crowd.

Tomorrow he returns to being Manny Pacquiao the boxer, and basketball will have to take the backseat again.

“I’m really happy with the result. We’re a new team but there were a lot of people who supported us,” Pacquiao said. “I hope they don’t grow tired of supporting us. We’ll do our best to give you good games and make you happy,” he finished, the statement eerily similar to the ones he often says in the ring after vanquishing an opponent.
Share:
Newer Post Older Post