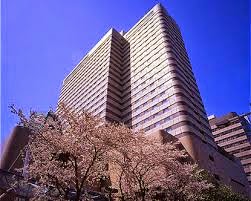 Not all hotels live up to the same standards when it comes to cleanliness. And while some properties seem to have made it a top priority, others seem to have let things slide in the housekeeping department. According to a recent study conducted by Hotel.info, spotless hotel rooms are easier to find in some cities than in others.
Tourists are most likely to find an immaculate hotel room while traveling to Tokyo. In the cleanliness category, hotels in the Japanese capital scored an average rating of 8.93/10 on the website.
Next in the ranking is Warsaw, Poland with an average rating of 8.76, just ahead of Seoul, South Korea. Bratislava, the capital of Slovakia, also achieved a high score (8.54), tying with Bulgarian capital Sofia.
At the other end of the ranking, although the ratings are not catastrophic, Rio de Janeiro holds the dubious distinction of the lowest score with 7.29/10.
Overall, Western European hotels hardly impressed the website's users in terms of hygiene. Four of the continent's capitals obtained some of the worst scores: London, England (7.52); Oslo, Norway (7.53); Amsterdam, the Netherlands (7.58) and Copenhagen, Denmark (7.60).
The world's top tourist destination, Paris also has room for improvement when it comes to the cleanliness of its hotels. The French capital scored a paltry 7.63.
Hotel.info based the ranking on hotel ratings entered on its website by its over 6 million users.
Share:
Newer Post Older Post