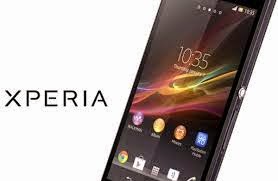 In grueling real-life tests, the latest Sony flagship beats all other premium handsets, including the latest iPhones.
Phone Arena used a custom web script that is designed to replicate real-life smartphone usage, so constantly checking alerts, opening and closing apps, browsing and watching video clips. On average, smartphones that get put through this test manage four-and-a-half to five-and-a-half hours on a single charge. Therefore anything above seven hours is deemed excellent performance.
Yet the Sony Xperia Z3 managed a remarkable nine hours and 29 minutes before the screen died and the handset needed recharging, putting it top of the pile.

The Huawei Ascend Mate 7 came second with nine hours and three minutes, and in third place was the Samsung Galaxy S5 with seven hours and 38 minutes.
The iPhone 6 managed just five hours and 22 minutes under the same conditions, putting it in ninth place, just above the iPhone 5S (five hours and two minutes) and just behind the Motorola Moto X (five hours and 45 minutes).
However, the iPhone 6 Plus, despite its bigger screen, managed six hours and 32 minutes, making it the fifth best performing smartphone, just behind the HTC One M8 in fourth (seven hours and 12 minutes), but above the equally phablet-sized LG G3 in sixth (six hours and 14 minutes) and the Samsung Galaxy Note 3 (six hours and eight minutes) in seventh place.
An IDC survey carried out in May, which gauged the opinions of 50,000 consumers globally, found that battery life is the number one driver when it comes to picking a new smartphone, followed by ease of use and operating system. And while with each generation of handset, battery life improvements are being made, the amount of time consumers spend using their handsets every day is also increasing.
Back in 2011, US smartphone owners spent 18 hours and 18 minutes a month using apps on their handsets. Today, Nielsen's latest data shows that this time has almost doubled; we're now spending 30 hours and 15 minutes a month just using apps. This figure doesn't count browsing, text messaging, taking photos or making voice calls.
According to Flurry Analytics' latest research into how Android handset owners use apps, published this month, almost half of this time, 37 minutes a day, is spent playing smartphone games, an activity that puts the greatest drain on the battery.
Share:
Newer Post Older Post