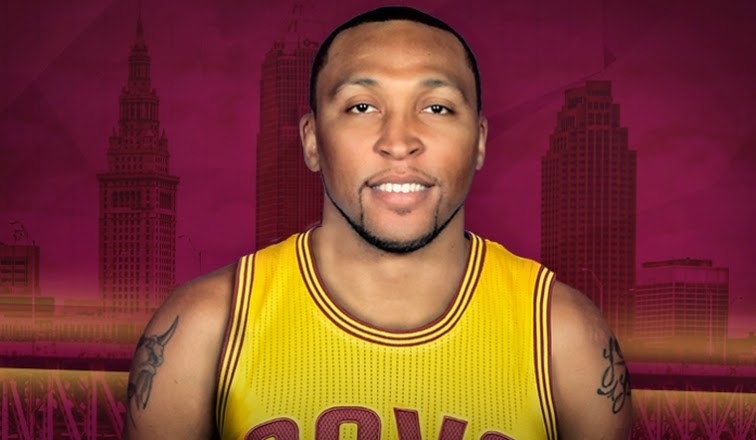 The Cleveland Cavaliers have signed free agent forward Shawn Marion, General Manager David Griffin announced today from Cleveland Clinic Courts. Per league policy, terms of the contracts were not released.
“Shawn brings great versatility, talent and championship experience to the team,” said Griffin. “He will impact both ends of the floor and his ability to guard multiple positions will be particularly important for us. Shawn is an accomplished, high-caliber veteran that will help with leadership on and off the court and we’re very happy to welcome him to the Cavaliers family.”
Marion, a 15-year veteran, has played in 1,106 career games (1,038 starts) with averages of 15.8 points on .485 shooting from the field, .811 from the foul line, 9.0 rebounds, 1.9 assists, 1.6 steals and 1.1 blocks in 35.3 minutes for Phoenix, Miami, Toronto and Dallas. During the 2013-14 regular season, he played in 76 games (all starts) for the Mavericks and averaged 10.4 points, 6.5 rebounds and 1.2 steals in 31.7 minutes per game.
“I’m excited to be a Cavalier,” said Marion. “I can see the hunger and mentality of everyone in the organization and l look forward to being a part of it. The goal is to win a championship and that’s what I want.”
The 6-7, 228-pound forward has made four All-Star appearances (2003, 2005-2007) and was selected to the All-NBA Third Team twice (2005, 2006). Throughout his career, Marion has notched 427 double-doubles, while averaging double figures in scoring in each of his 15 NBA seasons. The former UNLV star is also one of only four players in NBA history to record at least 17,000 points, 9,000 rebounds, 1,500 steals and 1,000 blocks, joining Hakeem Olajuwon, Karl Malone and current Brooklyn Nets forward Kevin Garnett. Marion was drafted ninth overall in the 1999 NBA Draft by the Suns and was an All-Rookie Second Team selection.
A member of Dallas’ 2011 NBA championship team, Marion has played in 103 career playoff games (all starts) with averages of 14.7 points, 9.1 rebounds, 1.2 steals and 1.2 blocks in 37.0 minutes per game. He spent the last five seasons with the Mavericks.
Share:
Newer Post Older Post