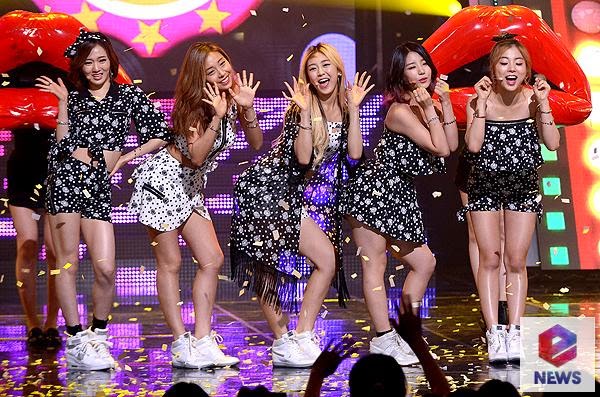 On September 3, LADIES′ CODE′s agency, Polaris Entertainment explained what happened in the car accident in the early morning of September 3 through an official statement.

"After a schedule in Daegu on September 2, LADIES′ CODE was headed back to Seoul. Around 1:30 AM in Suwon, an issue occured with the car′s back wheel coming off," stated the agency. "With the rainy road and wheel coming off, the vehicle spun several times, hitting a guardrail."

"Due to this, Eun Bi unfortunately passed away," said the agency. "The other members, Rise is in critical condition while So Jung is injured and hospitalized, currently receiving treatment. The other members, manager, and stylists, who were in the car, did not receive serious injuries."

The members will move from the hospital in Suwon to one in Seoul later today. The location of the wake has not been decided yet.

"Our staff is also unable to recover from the shock and are in great sorrow right now," continued the statement. "We want to apologize to all the fans and everyone who have received much shock, and we ask for everyone to pray for the quick recovery of the members."