Where Dingdong And Marian Plan To Tie Knot 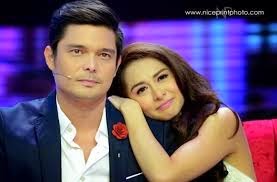 Dingdong Dantes has a sentimental reason for choosing the Immaculate Conception Cathedral in Cubao, Quezon City as venue of his wedding this year to Yahoo Celebrity Awards 2014 Media Magnet of the Year Marian Rivera.
“It is the church where I was baptized. I grew up in the area. There’s a sense of going back to where you started,” he told Yahoo Philippines in a phone interview.
The award-winning actor feels it’s but right to start married life where he began his journey as a Christian years ago.

One with Christ
“We feel we are one with Christ in planning our family,” he goes on. After all, like all Catholics, Dingdong believes the reason for procreation is for couples to ‘spread His teachings through the family.’
Although he doesn’t want to specify how many children he wants to have, the future groom says he and Marian will “accept whatever gift is given to us wholeheartedly.”
He notes that everything is a blessing as it is, and he’s glad those who matter in his and Marian’s life were there to support them when he popped the question on national TV last Saturday, August 9, the Kapuso actress’ birthday presentation.
Divine intervention
“It was divine intervention.”
Dingdong admitted that he tried, but failed to propose to Marian during her birthday in 2012.
“I got too emotional.”
“Whenever people asked me about marriage, I’d tell them (it will happen) in God’s time.”
He added that wedding details will be finalized soon.
Share:
Newer Post Older Post