New Evidence Of Who Shot Down Malaysia Airlines Flight MH17 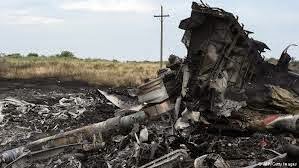 The owner of the Volvo truck that transported a BUK missile into Ukraine before it was used for downing Malaysia Airlines flight MH17, has finally been located and is now reportedly scared for his life.
According to News.com.au, new evidence suggests pro-Russian rebels are responsible for the attack after the man, known only as Vasilijus, told Lithuanian website alfa that the vehicle was stolen by them on July 8.
The footage filmed by Ukrainian police on the day the attack took place shows the missile being smuggled out of eastern Ukraine in a white Volvo truck.
The man was located after footage clearly showed the vehicle, on the move towards Russia.
Vasilijus admitted that the vehicle was his and requested that his name not be revealed.
He said that his base in Donetsk was taken over and the truck was parked there, adding that everyone left from the eighth (of July), and the base was under their control, including his equipment and the white truck.
He claimed that the rebels took over his business nine days before the downing of MH17.
Malaysian Airlines flight MH17 went down on July 17, killing all the 298 people onboard.
Share:
Newer Post Older Post