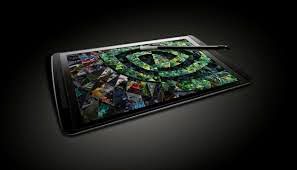 There have been plenty of Cherry Mobile devices that have piqued our interest before, but none is as promising gaming-wise as the Philippine-based company's upcoming—and yet-to-be-named—tablet, which is set to debut on July 26.
Rightfully so. Built around the Nvidia Tegra Note reference design, Cherry Mobile's next slate will feature a Tegra 4 chip that combines a quad-core Cortex-A15 processor plus a fifth battery-saver core with a 72-core GeForce GPU and is a benchmark beast, judging from a recent teaser image published by Cherry Mobile.

Nvidia lists the other base specs of the Tegra Note: a high-res, 7-inch display boasting active-stylus support; 16GB of expandable storage; 5-megapixel and VGA rear and front cameras; a micro-HDMI connnector for pushing content to TVs and monitors; a sealed battery that offers a claimed 10 hours of video playback; and the latest version of Android, which, we're assuming, pertains to Android KitKat.
The tablet is supposed to include a stylus as well; hence, the "Note" branding. Overall, it's a tempting package that aims to please serious gamers who have invested heavily in the Android ecosystem.
Then there's the price: no more than $200 (around P8,500) for devices based on the Nvidia Tegra Note platform. If Cherry Mobile's previous releases have taught us anything, it's that they tend to be among the cheapest in the category. That said, we'd be shocked if Cherry Mobile's Tegra Note tablet costs more than P10,000. We'll be sure to keep you posted on pricing and availability once the device becomes official.