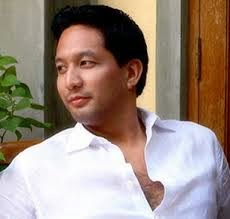 Screenshots culled from the 6-minute-44-second video showed a couple --a familiar-looking man and an unidentified woman – performing intimate acts in a bedroom.

Yahoo Philippines tried to reach the “Aksyon Tonite” anchor by calling him and sending an SMS, but he has yet to reply.
Paolo has TV5's support
The Kapatid network, meanwhile, backed Paolo on the latest controversy involving its roster of talents.
"We firmly express our support for our anchor Paolo Bediones in the face of a controversy that represents nothing more than an attempt to smear his reputation," TV5 said in a statement sent to Yahoo.

It added, "We accord our employees and talents all respect that are due them for their privacy and personal action or decision.

The network also underscored the legal implication of the leaked video.
"We disapprove strongly the malicious and wanton publication of the video, an act that clearly violates pertinent cybercrime laws."

The said law was the product of a Senate investigation that led to the eventual revocation of Hayden Kho’s medical license. However, the Professional Regulation Commission (PRC) recently reinstated Kho as medical doctor.
The camp of Katrina Halili, one of the Hayden’s many partners in the series of videos, called PRC’s move “anomalous."
Share:
Newer Post Older Post