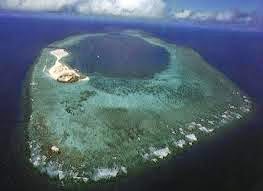 China has been reclaiming more land to bolster its military presence in the disputed Spratly Islands in the South China Sea, where its increasing assertion of its territorial claims has brought it into standoffs with its neighbors, Philippine officials said Thursday.
The Philippines protested in April after discovering that Chinese dredging ships had reclaimed a large patch of land in Johnson Reef in the Spratlys that it could use to build a military outpost or an airstrip far from the Chinese mainland.
President Benigno Aquino III said he was bothered after seeing surveillance photos of ships capable of reclaiming land in the vicinity of two other Chinese-occupied reefs in the Spratlys called Cuarteron and Gaven.
"We are again bothered that there seems to be development in other areas within the disputed seas," Aquino said at a news conference.
When asked whether reclamation of land was underway in the two Chinese-controlled reefs, Aquino did not give a clear reply, but two military officials told The Associated Press that government surveillance had monitored land reclamation activities in Cuarteron and Gaven.
The Chinese Embassy in Manila did not immediately reply to a request for comment.
China, the Philippines, Brunei, Malaysia, Taiwan and Vietnam have overlapping territorial claims in the Spratlys, a group of mostly barren islands, reefs and atolls that are believed to be sitting atop oil and natural gas deposits. They also straddle the world's most-traversed sea lanes.
Taiwan, Vietnam and the Philippines occupied separate islands in the archipelago decades ago. China later stepped up efforts to take control of uninhabited submerged reefs by reclaiming land and constructing buildings on them that resembled military outposts.
China's spats with Vietnam and the Philippines in the South China Sea have particularly flared, with the most serious confrontation erupting when Beijing deployed an oil rig on May 1 in waters that Hanoi claims are within its exclusive economic zone. That zone refers to the 230-mile (370-kilometer) stretch of sea in which a coastal country has an exclusive right to fish and exploit undersea gas and oil deposits under the U.N. Convention on the Law of the Sea.
China's oil rig deployment ignited violent protests in Vietnam that killed at least two Chinese. Chinese and Vietnamese ships continue to be locked in a tense standoff around the oil rig.
Chinese government ships have also been in a standoff since May 2013 with a small contingent of Filipino marines stationed on a grounded Philippine navy ship at the Second Thomas Shoal in the Spratlys. The Chinese ships have repeatedly attempted to block Philippine ships delivering fresh batches of marines and food supply to the shoal, sparking tense chases.
Southeast Asian countries have failed so far to convince China to negotiate a legally-binding code of conduct aimed at discouraging actions that could escalate to fighting in the disputed waters.
Foreign Secretary Albert del Rosario said that until China's "expansion agenda is completed, I don't see a desire on their part to conclude the code of conduct."
Share:
Newer Post Older Post