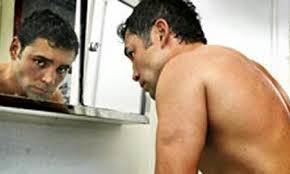 Declaring himself in the fight of his life as he battles addiction issues, Oscar De La Hoya said Saturday he was also prepared to fight to keep control of his boxing promotion company.
The former boxer said Golden Boy Promotions is still his company, despite his fractured relationship with chief executive officer Richard Schaefer over his ties to Floyd Mayweather Jr. and De La Hoya's recent efforts to reconcile with rival promoter Bob Arum.
''I have my vision and I have my plans,'' De La Hoya said. ''Nobody is going to stop me from doing this. The company isn't called Golden Boy for nothing.''
De La Hoya spoke publicly for the first time about problems in his company, one of the two major promoters in boxing, in a hastily called press conference a few hours before Mayweather fought Marcos Maidana.
Golden Boy has promoted Mayweather, and Schaefer has built a close relationship with him and Al Haymon, who manages Mayweather and several top fighters. But Schaefer says he will never work with Arum's Top Rank or have fights between Golden Boy and the rival company.
De La Hoya indicated he and Schaefer have been talking through attorneys, though he said he planned to shake his hand at the fight and maybe even give him a hug.
''I have nothing against Richard but I have to look out for myself,'' De La Hoya said. ''I have to look out for my company and I have to look out for boxing.''
Schaefer, who did not attend the press conference, said earlier in the week that he would never work with Arum no matter what De La Hoya wanted to do. But he said he was open to talking to De La Hoya about his future in the company.
''Whatever the future holds hopefully we can sort this out the next couple of weeks,'' Schaefer said. ''My door is always open and we'll see where this goes.''
De La Hoya, who went into rehab for a second time last September on the eve of Mayweather's fight against Canelo Alvarez, said he plans to be heavily involved in Golden Boy again as he continues his recovery. He said he went to Arum's Los Angeles house earlier this week to try and settle any feuds with the promoter who guided his career and is open to doing business with him again.
''I met with Bob Arum to bury the hatchet,'' De La Hoya said. ''Down the line, why not for the sake of boxing. There's a lot of great fights that can be made.''
Mayweather said earlier in the week that he wouldn't work with Golden Boy if Schaefer was not running the company. He also said the door was open for Schaefer to work with his company, Mayweather Promotions, if he left Golden Boy.
De La Hoya hired Schaefer, who had a career in banking, when he started Golden Boy. In recent years Schaefer has been the public face of the company as De La Hoya had alcohol and drug issues.
De La Hoya made it clear he was the head of the company and the majority shareholder. He said he wasn't looking to replace Schaefer but didn't rule it out.
''The way I found Richard, the way I did that, I can do it again,'' he said. ''It's no problem for me.''
Share:
Newer Post Older Post