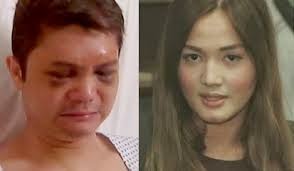 The first person to file rape charges against Vhong was model Deniece Cornejo. She said in her affidavit that the actor forced her to perform oral sex on him and tried to insert his penis in her vagina on January 22. This was the same night Lee and his group allegedly came to her rescue. Navarro said he was blindfolded and tied up then attacked by at least six men. Lee and his companions has denied Navarro's allegations that they tried to blackmail him.