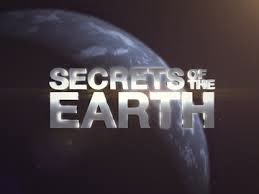 When the first Earth Day was held in 1970, geologists were still putting the finishing touches on plate tectonics, the model that explains how the Earth's surface takes shape. More than 40 years later, many riddles still remain when it comes to our planet.
For instance, dozens of spacecraft have mapped the surface of Mars more accurately than Earth's ocean depths. For today's Earth day, here are some of Earth's biggest unsolved mysteries.

1. Why are we all wet?
Scientists think Earth was a dry rock after it coalesced 4.5 billion years ago. So where did this essential chemical, H2O, come from? Perhaps an interstellar delivery system, in the form of massive impacts about 4 billion years ago. Pummeled by icy asteroids, the Earth could have replenished its water reservoirs during the period, called the Late Heavy Bombardment. But the beginnings of Earth's water are shrouded in mystery because so little rock evidence remains from this time period.

2. What's down there in the core?
The stuff of legend and lore, Earth's core has long fascinated writers as well as scientists. For a while, the composition of Earth's unreachable core was a solved mystery … at least in the 1940s. With meteorites as proxy, scientists gauged the planet's original balance of essential minerals, and noted which were missing. The iron and nickel absent in Earth's crust must be in the core, they surmised. But gravity measurements in the 1950s revealed those estimates were incorrect. The core was too light.
Today, researchers continue to guess at which elements account for the density deficit beneath our feet. They're also puzzled by the periodic reversals in Earth's magnetic field, which is generated by the outer core's flowing liquid iron.

3. How did the moon get here?
Did a titanic collision between the Earth and a Mars-size protoplanet form the moon? There's no universal consensus on this giant impactor theory, because some details don't pan out. For example, the chemical composition of both rocky bodies matches so closely it suggests the moon was born from Earth, not a separate impactor. But a fast-spinning young Earth could have flung off enough molten rock during impact to form a chemically similar moon, other models suggest. And is there a relationship between these events and the rise of life on Earth, wondered Kevin McKeegan, a geochemist at the University of California, Los Angeles. "These are important planetary issues as we consider the possible histories of Earth-like exoplanets in the habitable zone," McKeegan said.

4. Where did life come from?
Was life brewed on Earth or sparked in interstellar space and delivered here on meteorites? The most basic life components, such as amino acids and vitamins, have been found on ice grains inside asteroids and in the most extreme environments on Earth. Figuring out how these parts combined to form the first life is one of biology's biggest hurdles. And no direct fossil traces of Earth's first inhabitants — which were probably primitive, rock-chewing bacteria — have yet been found.

5. Where did all the oxygen come from?
We owe our existence to cyanobacteria, microscopic creatures that helped to radically transform Earth's atmosphere. They pumped out oxygen as waste, and filled the skies with oxygen for the first time about 2.4 billion years ago. But rocks reveal oxygen levels cruised up and down like a roller coaster for 3 billion years, until they stabilized around the Cambrian Period about 541 million years ago. So did bacteria spike the air, or was there another contributing factor? Understanding the shift to an oxygen-rich Earth is a key factor in decoding the history of life on our planet.

6. What caused the Cambrian explosion?
The appearance of complex life in the Cambrian, after 4 billion years of Earth history, marks a unique turning point, said Donna Whitney, a geologist at the University of Minnesota. Suddenly there were animals with brains and blood vessels, eyes and hearts, all evolving more quickly than during any other planetary era known today. A jump in oxygen levels just before this Cambrian explosion has been offered as explanation, but other factors could explain the mysterious rise of the animals, such as the arms race between predator and prey.

7. When did plate tectonics start?
Thin plates of hardened crust knocking about Earth's surface make for beautiful mountain sunsets and violent volcanic eruptions. Yet geologists still don't know when the plate tectonics engine revved up. Most of the evidence has been destroyed. Just a handful of tiny mineral grains called zircons survive from 4.4 billion years ago, and they tell scientists the first continental-like rocks already existed. But the evidence for early plate tectonics is controversial. And geologists still wonder how continental crust forms, said G. Lang Farmer, a geochemist at the University of Colorado, Boulder. "It's amazing to me that these fundamental aspects of how Earth works remain so enigmatic," Farmer said.

8. Will we ever predict earthquakes?
At best, statistical models can tease out a forecast of future earthquake probability, similar to weather experts who warn of coming rain. But that hasn't kept people from trying to predict when the next one will hit — with no success. Even the biggest experiment failed by 12 years, when geologists predicted an earthquake at Parkfield, Calif., by 1994, and set up instruments to catch the coming temblor. The actual quake hit in 2004. One of the biggest hurdles is that geologists still don't understand why earthquakes start and stop. But there have been advances in predicting aftershocks and manmade earthquakes, such as those linked to wastewater injection wells
Share:
Newer Post Older Post