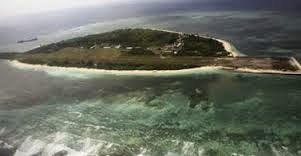 On Monday, March 31, Japan—through its Ministry of Foreign Affairs press secretary—issued a statement regarding the arbitral proceedings done by the Philippines in relation to the territories that China is also claiming.
The Philippines had filed on Sunday, March 30, its 4,000-page Memorial backed by the United Nations Convention on the Law of the Sea (UNCLOS) before an arbitral tribunal. With this move, the country is strengthening its claim over the West Philippine Sea (South China Sea).
"The issue with regard to the South China Sea is directly related to the peace and stability of the region and is a common concern of the international community as a whole since the issue influences the international maritime order," Japan pointed out in its statement.
It then emphasized, "The Government of Japan supports the Philippines’ use of procedures under the UNCLOS aiming at peaceful settlement of disputes on the basis of international law, as such an action contributes to the maintenance and enhancement of the international order in the region based on the rule of law."