Breaking News
Loading...
Home » places/beach » Uncovered The Most Beautiful Place In The World?

Uncovered The Most Beautiful Place In The World? 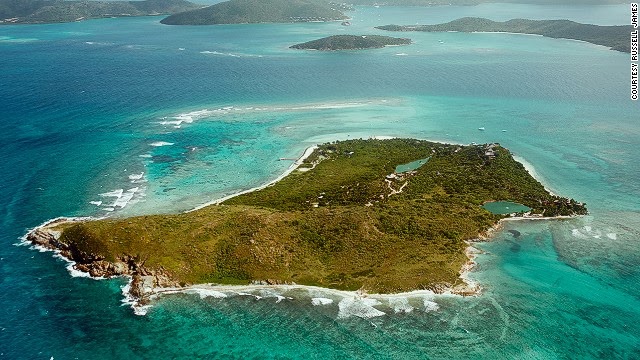 Necker Island is Richard Branson's private resort in the British Virgin Islands. The billionaire entrepreneur opened up his home to Australian fashion and celebrity photographer Russell James for his new book, "A Virgin Island."

Richard Branson has never been one to shy away from sharing his ostentatious exploits with the wider world.

Over the years, the billionaire entrepreneur has invited us to follow his attempts to hot-air balloon around the globe, delve the deepest recesses of the oceans and cross the Atlantic on a speedboat.
Now the founder of the Virgin Group has provided access to his very own private Caribbean resort, Necker Island, for a new book by Australian fashion and celebrity photographer Russell James.
Featuring more than 150 deluxe images, "A Virgin Island" reveals Necker's idyllic beaches and spectacular tropical wildlife as well as dipping inside Branson's luxury residences.
Branson purchased the British Virgin Island retreat in 1978 for a knockdown price of $180,000, setting up a home in which he still stays for at least two months of every year.

Branson continues to break down barriers
In 1984, he opened a luxury resort on Necker that has since welcomed a long line of rich and famous guests.
Those reported to have spent their vacation time there include the late Diana Princess of Wales, Hollywood stars Kate Winslet, Eddie Murphy, Geena Davis, Kate Moss and Robert De Niro as well as statesmen such as Jimmy Carter, Nelson Mandela and Tony Blair.
Google co-founder Larry Page, meanwhile, married his girlfriend on the island in an elaborate 2007 ceremony.
Today, a stay on Necker is possible for anyone with the means, although prices rise to a prohibitive $60,000 a night to rent out the entire island.
If you're short a buck or two, we suggest clicking through a selection of James' best photos in the gallery above as a more fiscally prudent way of attaining the Necker experience.
Share:
Newer Post Older Post