The Bureau Of Immigration Explains "The Financial Capability Rule" 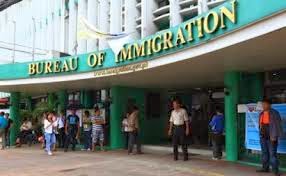 Bureau of Immigration (BI) chief Siegfried Mison is issuing a clarification in the wake of netizens getting mad over a report that every Filipino who is traveling out of the country to is now required present "proof of financial capability to travel or proof of work, and financial support from benefactors."
The said requirement was highlighted in at least one report, wherein it was likewise stated that the BI is allegedly implementing the measure to deter illegal or undocumented overseas Filipino workers (OFWs).
Mison has issued a statement, wherein he emphasized that "Filipinos who wish to travel abroad either as tourists or overseas Filipino workers (OFWs) are NOT required to show proof of financial capacity before they are allowed to leave." He pointed out that "the right to travel is enshrined in the Constitution and enjoyed by every Filipino."
Mison said, however, that Pinoys who want to travel abroad should have their documents in order, particularly their passport and other documents issued by a foreign country such as a tourist or working visa (where applicable), before they are allowed to leave.
Aside from the said documents, Pinoy tourists may also be asked to present their two-way or round trip tickets and proof that he has a place to stay in the country where he intends to go.
According to Mison, a person may only be asked to present further proof if he or she "appears to have a different reason other than what he has declared before an immigration official."
Mison further explained that the BI, in coordination with the Inter-Agency Council Against Trafficking (IACAT), has only created the necessary measures to protect Filipinos from becoming victims of human trafficking. The "Guidelines on Departure Formalities for Internationally Bound Passengers," which was formulated by a technical working group in accordance with Republic Act 9208 or the Anti-Trafficking in Persons Act of 2003, was subsequently approved by the Department of Justice (DOJ). It took effect last January 2012.
Mison pointed out that offloading "is not a policy but a consequence of the implementation of the guidelines."
Share:
Newer Post Older Post