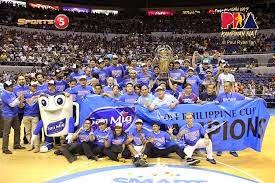 Head coach Tim Cone is fresh off winning his 16th PBA title, the most for any coach in PBA history. Mark Barroca is fresh off hoisting the Finals MVP Trophy. James Yap, PJ Simon, Marc Pingris, and Joe Devance are coming off stellar conferences, proving that they do not need an import to win. With that said, the San Mig Super Coffee Mixers will be gunning for their third straight PBA title in the upcoming 2014 PBA Commissioner’s Cup and although winning it won’t make them grand slam champions, it will still be a difficult task worth remembering.
PhilCup Recap: The San Mig Super Coffee Mixers started the 2014 PLST myDSL Philippine Cup by winning only one of their first six games. After they ruled the 2013 Governors’ Cup, the Mixers looked sluggish. They had good rookies but they found it hard to find the right mix.
Additions/Subtractions: There’s absolutely no need for the Mixers to add or subtract anything. It worked for them in the Govs Cup and it worked even better after adding Justin Melton and Ian Sangalang. They’re also waiting for Allein Maliksi to return from the injured list. They might need another bid as Ian Sangalang and Yancy De Ocampo are both getting older but their import should more than make up for that. 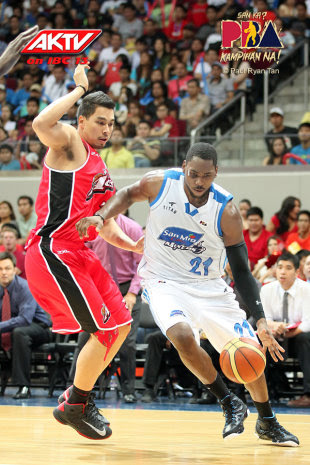 Import: Denzel Bowles was perfect for the Mixers. He’s a tremendous scorer and an able defender but because of the PBA’s handicapping rule, San Mig Super Coffee could not get the services of the import that already won them a ring.
James Mays averaged 10.7 points, 6.8 rebounds, 2.0 assists, 1.7 steals, and 0.7 blocks in his senior year in Clemson back in 2008. He’s a good shooter, making 48.3% of the shots he took that year.
Mays was not selected in the 2008 NBA Draft. He first played for the 14ers in the NBA D-League then spent the next five years playing in China, Puerto Rico, and Turkey. He played for the San Antonio Spurs and Brooklyn Nets in the NBA Summer League but he failed to get a contract.
The San Mig Super Coffee import flew to the Philippines early which speaks volumes on his commitment to the team. He’s a hard worker which should take some load of Pingris specially on the defensive end. Mays has fast hands perfect for tapping the ball away from bigs trying to post him up and though he’s not a tremendous shot-blocker, he’s a good enough help and one-on-one defender.
Prediction: Their Philippine Cup championship proved that the Mixers are a team that could turn it on at any point of the conference. For so long they looked like they were ready to settle for their Governors’ Cup bonus, that they were not hungry enough to win one more, but after a big elimination round game against Ginebra, they suddenly found their groove and rode it all the way to the title.
Expect the Mixers to make it to the semis at the very least after struggling again in the early part of the conference. It’s harder to predict in import conferences, as we don’t have a clue on how most of these guys will fit into the system. But the Mixers proved that they would be championship-contenders as long as they keep this core intact.
Share:
Newer Post Older Post