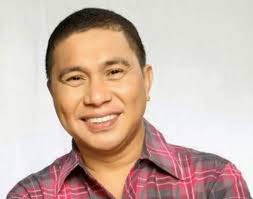 “Eat Bulaga” host Jose Manalo regrets “unfounded” allegations thrown at him amidst reports that one of his daughters tried to kill herself because he doesn’t send enough financial support to her and her siblings.

In a 614-word statement released through his manager Malou Choa-Fagar Friday (March 14), the comedian-TV host reiterated that “he is providing, and will continue to provide his children such support to the best of his ability.”

Jose also said that per his arrangement with TAPE, Inc., the talent management company in charge of his showbiz career,  he has been remitting money directly to his children’s respective schools. This is contrary to his family’s claims that Jose is not supporting their education enough.

The noontime show host also brought up the issue on why his relationship with his wife Annalyn turned sour.
The statement further said that the comedian-host’s  relationship with his wife “has been beset by difficult challenges arising from several civil and criminal cases filed against them by third persons, for transactions amounting to more than Sixty-Eight Million Pesos (P68,000,000.00), which were entered into by Anna Lyn and deplorably dragging Jose with her.”
It will be recalled that Anna Lyn was charged with issuing bouncing checks in 2010, among other cases.

Jose also emphasized that he and his wife are responsible for supporting their family.

“It is rather truly saddening that Anna Lyn has resorted to such measures and allowed this to happen, and even made public statements as regards the condition of their children.”

The 48-year-old TV host also urged his wife to be “logical and reasonable, and refrain from making further acts that would undoubtedly prejudice the well-being, self-worth and dignity of their children.”

Jose also denounced being portrayed in a character “contrary to what he truly is.”
In conclusion, the Kapuso talent appealed to the public to give him and his family some privacy to settle the dispute themselves.
Share:
Newer Post Older Post