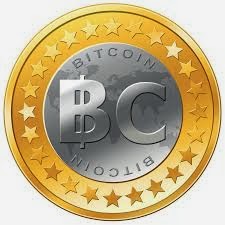 Five years after Bitcoin was launched, a Philippine company put up a trading website for the digital currency called mbtc.ph, Newsbytes Philippines said on its website.

After the news broke out, the Bangko Sentral ng Pilipinas (BSP) warned the public against the cryptocurrency. Since trading and using bitcoins “are not regulated by the BSP,” consumers may not be protected from financial losses arising from these activities.

Below are five reasons why the BSP warned Filipinos against Bitcoin, as indicated in a press statement issued on its Web site.

1) You can lose your money through a virtual currency exchange.

Since “exchange platforms are unregulated,” the Philippine monetary authority said that consumers have no “legal protection that covers” them “for losses arising from any funds” held on the exchange, the BSP said.

At present, there have already been a number of cases where virtual currency exchange platforms have gone out of business or have failed, the BSP said.

2) Virtual currencies in your digital wallet can get stolen.

Virtual currencies do not have central organizations that hold and re-issue keys or passwords, the Banko Sentral ng Pilipinas said.

As a result, if your digital wallet—which are used to store bitcoins—is hacked, you “could lose large amounts of virtual currencies,” the central bank said.

“Losing the key or password to your digital wallet would mean losing your virtual currency forever,” it added.

3) You are not protected when using virtual currencies for payment.

Consumers are unprotected when making payments, especially if these are either unauthorized or incorrect, the Philippine central bank said.

“Payments made through virtual currencies like Bitcoin are immediate, direct and non-reversible,” the BSP said.

4) The value of your virtual currencies cannot be guaranteed and can change quickly.

The worth of Bitcoins may go up and come down sharply, the country’s central monetary authority said.

5) Virtual currencies may be used for money laundering and other illicit activities.

Since it allows users to spend Bitcoins anonymously, virtual currencies can be used for illegal activities, including but not limited to money laundering.

“This illegal use can affect you, as law enforcement agencies may decide to close exchange platforms and prevent you from accessing funds that the platform may be holding for you,” the BSP said.
Share:
Newer Post Older Post