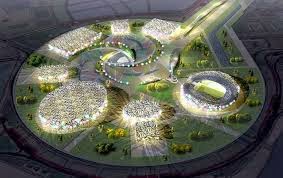 It has been dubbed Russia's Las Vegas. A place where Vladimir Putin's government rolled the dice in a grand project to help the world rethink the way it does business.

More than $50 billion has been spent in reshaping Sochi for the Winter Olympics, in the process bringing traffic gridlock, a decline in tourism and environmental destruction.
If it's been tough for the locals, it has arguably been just as hard for the ex-pats who came to the Black Sea resort looking for a new life and are left wondering just what the legacy of this month's Games holds for them.
One British businessman, who came to Russia in 1996, believes a huge opportunity has been missed by the authorities.
"What the Russians don't understand is the price of what they have. The natural resources here, the forests, the rivers -- there's so much untouched nature here it's just incredible," says James Larkin.
"You can walk in the mountains for several days and you won't see any houses, any roads, there's no way to get there except for walking. There's not really many places in the world left for that. That is a huge tourist attraction in itself."
Share:
Newer Post Older Post