Breaking News
Loading...
Home » news » Uncovered Other Cancers You Can Get From Smoking

Uncovered Other Cancers You Can Get From Smoking 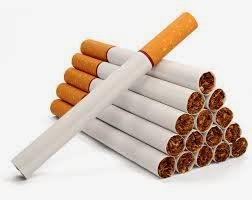 Smoking cigarettes can cause even more health problems than previously known, including liver and colon cancer, blindness, diabetes and erectile dysfunction, said a major US government report on Friday.
Top health officials gathered at the White House to announce the latest Surgeon General's findings on smoking, five decades after the first landmark report of its kind alerted the public that cigarettes caused lung cancer.
Smoking remains the leading preventable cause of premature death in the United States, killing nearly half a million Americans a year.
"Amazingly, 50 years in we are still finding out new ways that tobacco maims and kills people," said Centers for Disease Control and Prevention director Thomas Frieden.
"Tobacco is even worse than we knew it was."
Active smoking is now known to be a cause of 13 different cancers, as well as diabetes and age-related macular degeneration, said the report.
Smoking can also cause tuberculosis, erectile dysfunction, facial clefts in babies, ectopic pregnancy, rheumatoid arthritis, inflammation, impaired immune function, and worsens the outlook for cancer patients and survivors.
Those who do not smoke but are exposed to second-hand smoke face an increased risk of stroke, said the report.
Since the first report in 1964, more than 20 million people in the United States have died from smoking-related diseases and illnesses caused by second-hand smoke.
"Enough is enough," said Acting Surgeon General Boris Lushniak, warning that modern cigarettes are more potent and more dangerous than ever.
"Smokers today have a greater risk of developing lung cancer than they did when the first Surgeon General's report was released in 1964, even though they smoke fewer cigarettes," said Lushniak.
"How cigarettes are made and the chemicals they contain have changed over the years, and some of those changes may be a factor in higher lung cancer risks."
The smoking rate is way down in the United States. Eighteen percent of people here now smoke, compared to 42 percent five decades ago.
But if the rate does not drop further, one in 13 children alive today will be felled by a disease linked to smoking, the report added.
"We have made a lot of progress," said Health and Human Services Secretary Kathleen Sebelius.
"But we are still a country very much addicted to tobacco."
The cost of smoking in America is more than $289 billion a year in direct medical care and other economic losses, the report said.
It blamed the ongoing smoking epidemic on the "aggressive strategies of the tobacco industry, which has deliberately misled the public on the risks of smoking cigarettes."
Friday's report was the 32nd issued by the surgeon general, who serves as the United States' top spokesman on public health issues.
Previous surgeon generals' reports have found that nicotine is addictive, that smoking impacts nearly every organ of the body, and that there is no risk-free level of exposure to second-hand smoke.
US research released last week showed that despite a cut in the smoking rate globally, the number of smokers in the world has climbed from 721 million in 1980 to 967 million in 2012 due to population growth and the gaining popularity of cigarettes in the developing world.
"Across the world, tobacco kills six million of our fellow human beings every year," said Sebelius.
"Those are more than just numbers. They are our parents, our colleagues, our friends, our neighbors, our global partners and our children."
The report noted that new kinds of smoking are on the rise among youths, including flavored tiny cigars and battery-powered e-cigarettes that deliver nicotine without carbon monoxide or tar.
Cigarillos and e-cigarettes are not regulated as strictly as tobacco.
The report called for experts to monitor new tobacco products, but said there is not enough data to conclude that nicotine alone causes or contributes to cancer in humans.
Nicotine has, however, been shown to pose dangers for pregnant mothers and can harm a developing fetus.
Share:
Newer Post Older Post