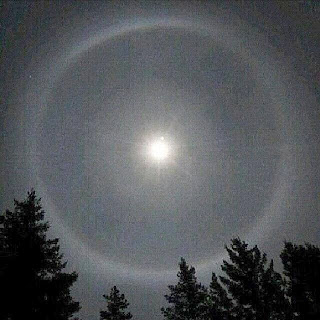 A halo around the moon Monday night in Metro Manila left people awestruck and reaching for their phone cameras to share online.
The rare phenomenon, which happens during cold months, is caused by sunlight refracted in millions of randomly oriented ice crystals in the atmosphere, according to scientists.
While the optical phenomenon seems romantic for some, superstitious people claim that a halo around the moon warns of a coming storm.
Share:
Newer Post Older Post