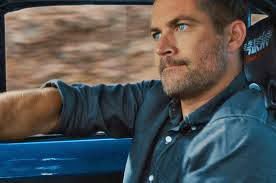 Investigators have been unable to find evidence of a second car in the accident that killed popular "Fast & Furious" actor Paul Walker on Saturday, a Los Angeles County Sheriff's spokesman said Monday.

The probe now centers on the speed of the 2005 Porsche Carrera GT, driven by Walker's racing team partner, the spokesman told CNN.
Earlier, Los Angeles County Sheriff's Sgt. Richard Cohen told CNN that authorities received a tip Sunday suggesting that another car was at the scene racing the Porsche when it slammed into a light pole and burst into flames.
But investigators have since ruled out the presence of a second vehicle and the theory that the Porsche was drag racing, a spokesman said Monday afternoon.
Speed was a factor in the crash, the Los Angeles County Sheriff's Office said. A 45 mph speed limit sign was attached to the light pole knocked down by the Porsche.
The car, which sold for $450,000 when new, is a notoriously difficult vehicle to handle, even for professional drivers, according to Autoweek magazine. A top driver called it "scary," the magazine reported Sunday. It is powered by a V-10, 610-hp engine.
Actor Paul Walker dies
Jim Torp, a car enthusiast who was at the charity event that Walker attended before the wreck, said Walker was smiling as he got into the Porsche minutes earlier.
Torp thought he heard a blast in the distance before the car slammed into a light pole, he said. "What the first explosion was, I don't know if their tire blew up, because it sounded like a tire blew on the car," Torp told CNN Monday.
Tire skid marks on the asphalt near the crash site, which indicate a car was doing doughnut spins, also are being looked at, Cohen said. It has not been concluded that they are related to the Walker wreck, he said. The street has a reputation for fast drivers, which spurred a crackdown by deputies two years ago, he said.
Torp told CNN that he looked closely at the skid marks and concluded they were left by a car with smaller tires.
Walker and Roger Rodas, who was believed to be driving, died in the wreck on Hercules Street, a wide business park road, in the community of Valencia inside the city of Santa Clarita, about 30 miles north of Hollywood, according to Walker's publicist and CNN affiliate KCAL.
The autopsies on the remains taken from the wreckage are scheduled for Tuesday, according to Lt. Fred Corral of the Los Angeles County coroner's office. Investigators are still waiting for dental X-rays for each man to help in making the official identifications, Corral said.
Share:
Newer Post Older Post