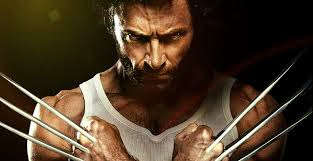 Hugh Jackman has been treated for skin cancer.
The Wolverine star shared the news Thursday on Instagram, revealing his wife spurred him to get a suspicious mark on his face checked out by a doctor, who diagnosed him with basal cell carcinoma.
"Deb said to get the mark on my nose checked. Boy she was right!" Hugh wrote.
The actor included a photo of his face with a large bandage across his nose.
Mayo Clinic describes the slow-growing skin cancer as a condition "thought to be caused by long-term exposure to ultraviolet (UV) radiation from sunlight". It often forms as a "waxy bump".
Hugh, 45, took the opportunity to urge fans to take his experience as a lesson and use preventative care.
"Please don't be foolish like me. Get yourself checked. And USE sunscreen!!!" he pleaded.
The actor did not elaborate further on the status of his health, although it appears he plans to recover before the holiday season.
Hugh on Thursday morning was announced as the host of America's annual holiday spectacular in Washington, D.C., called Christmas in Washington.
The special, attended by the First Family, is scheduled to be taped on December 15 for air on December 20.
Performers will include the Backstreet Boys, Sheryl Crow, Anna Kendrick, Janelle Monáe and Train's Pat Monahan.
Share:
Newer Post Older Post