Make It With You - Bread 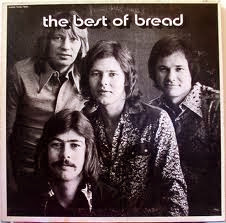 Released on their second album, this was Bread's breakthrough hit. When group leader David Gates (who wrote the song) returned home to Tulsa, Oklahoma, where his mother was throwing a big reception party to celebrate the return of the young chart-conquering hero, the newspaper, television and radio press turned up, hoping to play up the whole "Local Boy Does Good" PR angle. In a widely circulated interview, Mrs. Gates proudly told the world just how pleased as punch she was with her son's recent success. She then also told them - in complete candor - that she just couldn't understand why he had to call his new hit record