Do You Believe Demonic Possessions Are Real? 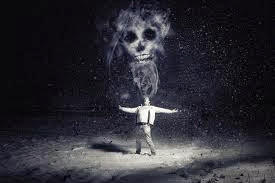 Shot in the style of a documentary, Brillante Mendoza's Sapi examines the demonic possessions in the Philippine setting. But let's be clear. It's not really a documentary. Don't expect a traditional horror flick either. To use Mendoza's own description, it's a social commentary which happens to give you the creeps.
Henry Burgos' screenplay tells the story of production teams from rival TV stations on a race for top billing. In Sapi's case, they think that filming a demonic possession and, perhaps, the subsequent exorcism will boost their ratings.
The sapi phenomenon
In the Philippines, stories of possessions are relatively common. If they don't make it to the news, then we hear about it from our neighbors, friends, relatives, or co-workers. Sometimes, the possession isn't necessarily demonic per se but allegedly done by engkantos, which are believed to be supernatural beings that exist in our surroundings who have the ability to assume human form.
Meet the exorcist
In Mendoza's Sapi, the possessions depicted are of the demonic kind. In a country that's predominantly Catholic, most of us know that a priest is brought in to validate the possession and arrange an exorcism. In fact, the Archdiocese of Manila has an Office of Exorcism. Father Jose Francisco "Jocis" Syquia, who has a background in clinical psychology, is the director.
In his 2008 interview on Talkbalk with Tina Palma, Syquia explained that demonic possession is a real phenomenon. He related, "We have cases, for example, where a small girl who could carry a whole pew by herself."
Syquia went on to explain that before a person is possessed, he or she goes into a trance state. At this stage, another consciousness, or the evil spirit, comes in. Possessed by this new identity, the individual appears to possess extraordinary strength, being able to do things he or she normally doesn't or can't do. Syquia added that there may be cases when the person, while controlled by the devil, knows people’s deepest, darkest secrets.
However, before a person is declared as "possessed," he or she is evaluated. In a 2012 interview published in The Philippine Star, Syquia said that in cases of children who are suspected of being possessed, holy water is mixed with their milk. If the child doesn't spit out the milk, then that means he or she isn't possessed but is probably experiencing psychological or emotional distress.
The causes of possession
According to Syquia, possession is often triggered by the following:

However, there are cases when individuals who were thought to be possessed actually just needed attention because they were being neglected by their families. Needless to day, claiming that someone is possessed or "sinapian" stirs up a lot of interest. Despite being scared, many people are curious about possessions. That's precisely what the characters in the movie, Sapi, are banking on.
Share:
Newer Post Older Post