Small Yet Powerful Barangays Offer Plenty Of Perks For Winners In Oct. 28 Polls 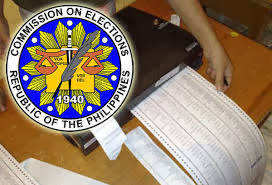 Barangay elections used to be met with little or no fanfare, with most people only finding out there are new officials when the walls of the barangay hall have been repainted with the winners’ names.

Since the Local Government Code was enacted two decades ago, however, barangay elections have increasingly become hotly contested political battles, with rivals employing guns, goons, and gold to ensure their victory.
One reason: the barangay chairperson holds the power to handle the village's share of the Internal Revenue Allotment (IRA), estimated at P68.3 billion in 2014.
This year, Barangay 176 in Bagong Silang, Caloocan City received P89.78 million in IRA, the largest among all barangays nationwide, because it has over 245,000 residents.
The opportunity to manage such a huge budget may explain why eight candidates are vying to become the barangay chairman, while 93 are aspiring to become barangay kagawads in Barangay 176 when voters troop to the polls on October 28, according to figures provided by the Commission on Elections’ Caloocan office.
"Kung mas malaki ang IRA na pinag-uusapan, then people tend to be more determined to win, sometimes by hook or by crook," Comelec spokesman James Jimenez said in a report on 24 Oras.

Election-related violence
The Philippine National Police (PNP) reported that 22 people—eight barangay councilors, three barangay captains, three candidates, and eight civilians—have been killed in the run-up to Monday’s elections as of Oct. 27. The number of poll-related violent incidents this year has already exceeded the record for 2007 and 2010, police said.

Despite this, the PNP and the Armed Forces of the Philippines (AFP) have assured the public that "all systems are go" for security plans in place to ensure a peaceful and orderly election on Monday.

The AFP went on red alert Sunday, in preparation of the upcoming polls.

“This status will take effect until 8 a.m. of Oct 29. Field commanders may extend the red alert status depending on the situation in their area of responsibility,” AFP public affairs chief Lt. Col. Ramon Zagala said.

Zagala noted that while the PNP leads election security for the village polls, the AFP is also on hand to lend support, particularly in areas of concern.

“The AFP will remain vigilant against spoilers to this democratic exercise especially in NPA, BIFF, ASG and other threat group affected areas,” he said.

“The Comelec, PNP and AFP will ensure the safety of all candidates, voters and BEIs; ensure that they will be able to perform their right to suffrage; ensure that their votes will be protected and counted,” he added.
All-powerful barangay captain
They may be managing the smallest political unit in the country, but barangay officials still wield enormous power. The barangay chairman, for instance, is the only government official that exercises executive, legislative, and judicial powers.
As the village head, the barangay captain is the chief enforcer of all laws and ordinances. As chair of the Sangguniang Barangay, the barangay captain leads the crafting of the legislative agenda. And as chair of the Lupong Tagapamayapa, the barangay captain has the power to settle community disputes.
“'Pag ikaw ay humaharap sa mga tao sa lugar, ikaw ang gobyerno,” political analyst Mon Casiple said in a "24 Oras" report. “So mula diyan marami kang benepisyong pwedeng makuha. Unang-una na, may pera 'yan.”
The lion's share of the funds utilized by the 42,028 barangays nationwide come from the IRA, which represents the local government's annual share from the proceeds of the national internal revenue taxes, according to the Briefer on Barangay Good Governance published by the Department of Interior and Local Government-National Barangay Operations Office (DILG-NBOO).
Provinces get 23 percent of the IRA, cities get 23 percent, municipalities 34 percent, and barangays 20 percent.
Sixty per cent of the barangay share is distributed based on population size in relation to the total number of people in the country, while 40 percent is split among the villages equally.
The Local Government Code of 1991 also authorizes barangays to generate income from taxes on business establishments, and fees for the use of facilities and processing of documents.
In addition, barangays get a share in all kinds of taxes collected by both the national and local government units—from tobacco excise taxes to real property and business taxes.
Discretionary funds
By law, not less than 20 percent of the IRA should be used to finance priority development projects and programs that will benefit the community. The remaining portion may be used to pay for the salaries of barangay officials, and for the purchase of office supplies.
The barangay chairman is entitled to a discretionary fund, which comes from two percent of the real property tax collected by the city or province. This can be used "for public purposes and for other miscellaneous expenses related to the official functions of the Punong Barangay,” according to the Department of Budget and Management (DBM) website.
Although the barangay captain determines how village funds will be utilized, DILG-NBOO director Leocadio Trovela clarified that the money cannot be allocated for just any project.
"'Yung budget ng barangay, tinitingnan pa 'yan ng city council. Hindi naman palagi na kung ano ang gusto ng chairman na gawin sa pera, 'yun na ang masusunod.” Trovela said.
“Kailangan munang ma-identify nila ng mga kagawad 'yung projects na gusto nilang pondohan at ilagay 'yun sa proposed barangay budget for the year. 'Yung budget naman ay isa-submit sa city council at sila ang mag-a-approve 'nun," he added.
Duties of barangay officials
Trovela said barangay officials deserve their pay and benefits because they carry out major duties at the community level.
"Nasa batas naman ‘yung compensation nila at nararapat lang sa kanila 'yon dahil malaking responsibility ang pamumuno ng barangay," he said.
"’Yung mga barangay officials ang gumagawa ng functions ng gobyerno [tulad ng] pagpapatupad ng batas at pag-respond sa emergencies, lalo na sa mga areas na hindi maabot ng government agencies at local officials,” the DILG official said.
“Nare-recognize at naa-appreciate pa rin ng mga Pilipino ‘yung authority ng kanilang mga barangay officials," Trovela said.
Casiple affirmed this in a television interview: “Necessary ang barangay. 'Yung day-to-day na gobyerno sa lugar, whether basura 'yan, peace and order, dengue, basta 'yung ganung klase ng mga problema, ang unang dunugan mo diyan, barangay.”
Preventing abuses
While Trovela admitted that his office has received reports about abuses of power and misappropriation of funds, he believes most barangay officials just need to undergo training to help them carry out their duties well.
As part of its mandate of strengthening the leadership skills of government officials, the DILG is slated to hold orientation and training seminars for newly-elected barangay officials after the October 28 polls.
Trovela said the seminars focus on basic legislative duties and the powers and functions of the barangay. These mandatory orientation seminars last up to four days, while the optional leadership enhancement classes take several months.
Share:
Newer Post Older Post