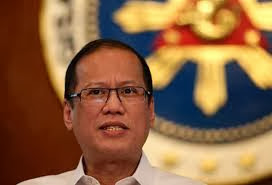 President Benigno Aquino III on Wednesday said the filing of plunder cases against certain personalities including legislators led to criticisms against the Disbursement Acceleration Program (DAP) and the bonuses given to officials of government-owned and -controlled corporations (GOCCs).

Aquino said the DAP, bonuses granted to officials of the Social Security System (SSS), and even reforms at the Bureau of Customs (BOC)  have received "unfair criticism."
He then asked the journalists present to "connect the dots" and realize the cause for the criticisms.
"All of these attacks came after plunder cases, among others, that were filed before the Office of the Ombudsman against a few well-known politicians," he said during the annual presidential forum of the Foreign Correspondents Association of the Philippines at the Manila Hotel.

He did not, however, expound on the issue.


The Department of Justice filed on Sept. 16 a plunder complaint against trader Janet Lim-Napoles, three senators, and two former members of the House of Representatives who are alleged to have collected more than P50 million each in a P10-billion pork barrel scam.
Accused are Senators Ramon Revilla Jr., Juan Ponce Enrile, and Jinggoy Estrada.


Napoles, former President Gloria Macapagal-Arroyo, and other officials during her administration are also facing plunder charges for the alleged misuse of the Malampaya Fund.
Senate President Franklin Drilon is also facing a plunder complaint for allegedly using state funds to bribe lawmakers into voting for a guilty verdict during the impeachment trial of former Chief Justice Renato Corona.


Unjustly vilified
During Aquino's speech, he said the DAP has been "unjustly and oddly vilified in the media" even though this stimulus program "heralded our country's economic boom."
"Two years after I announced the program—nearly two years after the same media lauded government for its resourcefulness, and after two years worth of projects that have helped perhaps millions of our countrymen—it is receiving intense criticism from some quarters," he said.
He likewise said he was "perplexed" to hear some people equating the DAP with the pork barrel or the Priority Development Assistance Fund (PDAF).
"It is difficult to fathom how one could equate this program with PDAF. The only thing one could remotely relate to PDAF were those projects undertaken through consultation with our legislators," he said, although saying these only make up nine percent of the program.
"[DAP] was a program that strategically allocated funds to agencies that had already proven the capacity to implement projects and programs rapidly and efficiently. The legality of such a process has never been in question," he added.
The President said it is "clearly stated" in Executive Order 292 or the Administrative Code of 1987. "Why, then, is the DAP being made an issue?"
DAP, BOC, and bonuses
The DAP became an issue after Senator Jinggoy Estrada bared that he and other senators who favored former Chief Justice Renato Corona's ouster in May last year received P50 million each in additional funds months after the impeachment trial.
Budget Secretary Florencio Abad later admitted that the funds came from the DAP, but maintained these were not bribes or incentives for senators. He said the DAP funds were released to address sluggish government spending in 2011.
The President has also defended the DAP, saying there was nothing wrong with it.
Aside from this, Aquino also came to the defense of the reforms being instituted in the BOC, specifically the reshuffling of certain personnel.
"Where is this 'grave injustice,' if I may ask, when these personnel would be paid exactly the same amount as they are making in their old posts with their seniority intact? I wonder what would happen to our country if every employee that was assigned a new task by his superior would find it prudent to petition for a TRO (temporary restraining order) to be granted," he said.
The President, who castigated the BOC during his State of the Nation Address (SONA) last July, touted the reshuffling as proof of his administration’s commitment to “Tuwid na Daan,” his administration's platform against corruption.
Meanwhile, the issue about the GOCC bonuses came out after it was reported that governing officials of the SSS received bonuses averaging a little over P1 million in 2012.
The Governance Commission for GOCCs (GCG) defended the state-run pension fund, saying it had met its targets and that the number of complaints against it was less than one percent of the total number of transactions made by the agency.
It likewise confirmed that it authorized at least 20 GOCCs to release incentives for the year 2012.
True issue?
But the "true issue," said Aquino, is the alleged misuse of the PDAF.
"Let’s keep our eye on the ball. The public was outraged by the audacity with which public officials allegedly stole from the national coffers through PDAF. This is an outrage we share, and this is precisely why we abolished PDAF, and followed the evidence so that we may hold all those who committed wrongdoing accountable," he said.
"Our media and our people are far too good—far too wise—to be grossly and brazenly led to the wrong issue. Plunderers should be taken to account," he added.
Share:
Newer Post Older Post