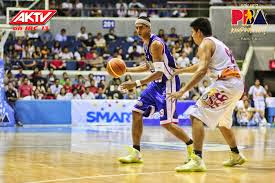 Elijah Millsap brought Petron Blaze to the door of the PBA Governors’ Cup Finals. But it was Marcio Lassiter who led the Boosters in.
With a career-high 7-of-10 three-pointers, Lassiter torched Rain or Shine for 27 points in Game 4 of the best-of-5 semifinal series Monday night, twice halting the Elasto Painters on their tracks for a 110-89 Boosters victory at the Smart Araneta Coliseum.
Game 1 of the best-of-7 championship between Petron and San Mig Coffee is on Friday at the Mall of Asia Arena.
The Mixers had earlier clinched the first finals slot by ousting the Meralco Bolts in Game 4 of their semis series last Sunday.
It will be the first title showdown between the two franchises since the 2000 Governors’ Cup when San Miguel Beer, powered by Lamont Strothers and coached by Jong Uichico, beat Purefoods, with Derrick Brown and handled by Derrick Pumaren, 4 games to 1 in the finals.
From the rosters of those two championship teams, only then third-year player and later two-time MVP Danny Ildefonso of Petron remains. The Boosters are now eyeing their 20th crown in 27 final appearances.
Millsap redeemed himself from his Game 2 misadventure by pouring 34 points, including 13 of 15 from the free throw line. He also had 8 rebounds, 3 assists, and a steal in 38 minutes, slowly building up momentum after scoring just 5 in the first quarter.
Alex Cabagnot was a crucial presence as well for Petron. He contributed 23 points with four triples as the Boosters hit 14 of 27 treys for a percentage higher than their 2-point clip.
But it was Lassiter who provided the difference when it mattered most after Rain or Shine razed a 25-point deficit to 10 – twice.
With Millsap unloading 18 points in the third quarter and Cabagnot adding 10, Petron, shooting 56 percent from the floor, opened what looked like an insurmountable 70-55 advantage.
Unimpressed, the Elasto Painters, who bagged their first championship against B-Meg (San Mig Coffee) in this conference last season, fought back.
Arizona Reid, an unstoppable force with 41 points and 16 rebounds, rallied Rain or Shine to a last hurrah, 80-70, early in the fourth quarter, sending chills up the Boosters.
But not Lassiter.
With deathly precision, Lassiter buried back-to-back 3-point daggers on the E-Painters’ back. And when Gabe Norwood pushed Rain or Shine again to within 89-79 with a triple, Lassiter answered right back with yet another bomb.
“It was just one of those nights,” said Lassiter after his detonation job was over. “I just felt it.”
Gee Abanilla, the rookie Petron coach, gave credit to the Rain or Shine organization, an obvious nod directed at E-Painters coach Yeng Guiao, to whom Abanilla served as an assistant during their Red Bull days.
“They pushed us to the limit,” Abanilla said. “It is from Coach Yeng that I also learned to be a competitor.”
From being yanked out as coach of De La Salle a week before the start of this year’s UAAP tournament to being a finalist on his first tour of duty as PBA head coach, the experience is the stuff of fairy tales for Abanilla.
“We’re living a dream right now,” he said.
The Boosters hung on to a 46-40 halftime lead after taking a 41-32 advantage with four minutes left in the second quarter.
Millsap, 1 of 4 in the first 12 minutes, had 15 points with two 3-pointers while Lassiter, coming off the bench, added 13 with three triples.
Reid was on fire from the onset with 15 points in the first quarter for Rain or Shine and 24 at the intermission. But no Elasto Painter local had more than five points, with Jeff Chan scoreless with three errors and JR Quinahan 0 for 5.
A total of 15 turnovers in 24 minutes, surpassing their league-lowest 14.3 per game, hurt the E-Painters most, allowing the Boosters, who shot just 39 percent (to Rain or Shine’s 40 percent), to pick up 16 points (against ROS’ 11).
An apparent ankle sprain suffered by Chan halfway in the second period added to the E-Painters’ woes as they fell further back in the third quarter where the Boosters started with 16 unanswered points in opening a 62-40 spread.
During that decisive stretch, Rain or Shine went 0 for 6 from the floor with a turnover while Petron hit 6 of 6 field goals and 3 of 3 free throws without an error.
Petron went on to make it 70-55 before Rain or Shine trimmed it down to 15 at the end of the third quarter and 10 points early in the fourth before Lassiter took over.
Beau Belga picked up a flagrant one foul early in the game, sat out three minutes, and was never a factor the rest of the way.
Meanwhile, voting for the Best Player and Best Import of the Conference begins on Oct. 11, with the awarding set on Oct. 13 before Game 2 of the Finals at the Big Dome.
Voting for the Annual Awards, on the other, including the Most Valuable Player choice, starts on Oct. 14, with the awarding on Oct. 18 before Game 4 at the Mall of Asia Arena. (WJRHT)
The scores:
Petron 110 – Millsap 34, Lassiter 27, Cabagnot 23, Fajardo 9, Santos 8, Lutz 2, Kramer 2, Miranda 2, Tubid 2, Lanete 1, Isip 0.
Rain or Shine 89 – Reid 41, Belga 10, Arana 9, Quinahan 7, Norwood 6, Tang 5, Ibanes 5, Tiu 3, Matias 3, Uyloan 0, Cruz 0, Chan 0.
Quarters: 24-25, 46-40, 80-65, 110-89
Share:
Newer Post Older Post