Filipino Figure Skater Training in US for 2014 Winter Olympics 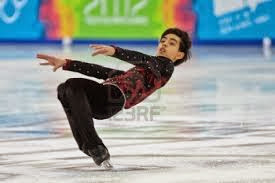 Michael Christian Martinez, the first Filipino figure skater to qualify in the Olympics, is currently in the United States to train for the biggest sport event of the world in 2014.

The 16-year-old Martinez qualified for the 2014 Winter Olympics to be held in Russia this year, according to a report on "Saksi" Monday night.

“We are very proud to have someone like Michael Martinez to be able to represent our country in the winter games,” said Manuel Veguillas III, president of the Philippine Skating Union.

Martinez will be competing with figure skaters from all over the globe hoping to make history in the Philippines' maiden voyage to the world of international figure skating.