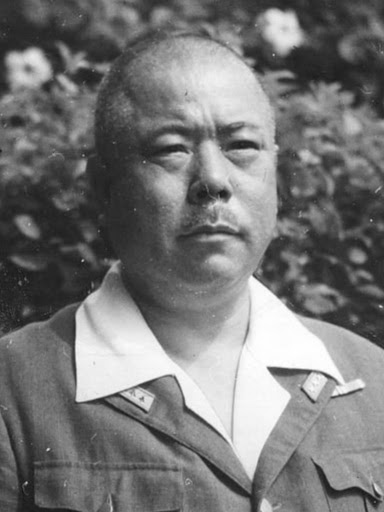 Yamashita's gold, also referred to as the Yamashita treasure, is the name given to the alleged war loot stolen in Southeast Asia by Japanese forces during World War II and hidden in caves, tunnels and underground complexes in the Philippines. It is named for the Japanese general Tomoyuki Yamashita, nicknamed "The Tiger of Malaya". Though accounts that the treasure remains hidden in Philippines have lured treasure hunters from around the world for over fifty years, its existence is dismissed by most experts. The rumored treasure has been the subject of a complex lawsuit that was filed in a Hawaiian state court in 1988 involving a Filipino treasure hunter, Rogelio Roxas, and the former Philippine president, Ferdinand Marcos.

The looting and the alleged cover-up

Prominent among those arguing for the existence of Yamashita's gold are Sterling Seagrave and Peggy Seagrave, who have written two books relating to the subject: The Yamato Dynasty: the Secret History of Japan's Imperial Family (2000) and Gold Warriors: America's Secret Recovery of Yamashita's Gold (2003). The Seagraves contend that looting was organized on a massive scale, by both yakuza gangsters such as Yoshio Kodama, and the highest levels of Japanese society, including Emperor Hirohito. The Japanese government intended that loot from Southeast Asia would finance Japan's war effort The Seagraves allege that Hirohito appointed his brother, Prince Yasuhito Chichibu, to head a secret organization called Kin no yuri ("Golden Lily"), for this purpose. It is purported that many of those who knew the locations of the loot were killed during the war, or later tried by the Allies for war crimes and executed or incarcerated. Yamashita himself was (controversially) convicted of war crimes and executed by the U.S. Army on February 23, 1946.
The stolen property reportedly included many different kinds of valuables looted from banks, depositories, temples, churches, other commercial premises, mosques, museums and private homes. It takes its name from General Tomoyuki Yamashita, who assumed command of Japanese forces in the Philippines in 1944.
According to various accounts, the loot was initially concentrated in Singapore, and later transported to the Philippines. The Japanese hoped to ship the treasure from the Philippines to the Japanese Home Islands after the war ended. As the War in the Pacific progressed, U.S. Navy submarines and Allied warplanes inflicted increasingly heavy sinkings of Japanese merchant shipping. Some of the ships carrying the war booty back to Japan were sunk in combat.
The Seagraves and a few others have claimed that American military intelligence operatives located much of the loot; they colluded with Hirohito and other senior Japanese figures to conceal its existence, and they used it to finance American covert intelligence operations around the world during the Cold War. These rumors have inspired many hopeful treasure hunters, but most experts and Filipino historians say there is no credible evidence behind these claims.
In 1992, Imelda Marcos claimed that Yamashita's gold accounted for the bulk of the wealth of her husband, Ferdinand Marcos.
Many individuals and consortia, both Philippine and foreign, continue to search for treasure sites. A number of accidental deaths, injuries and financial losses incurred by treasure hunters have been reported.
At present, the Mines & Geosciences Bureau of the Department of Natural Resources of the Philippines is the Filipino government agency that grants treasure permits.

University of the Philippines professor Rico Jose has questioned the theory that treasure from mainland South East Asia was transported to the Philippines: "By 1943 the Japanese were no longer in control of the seas... It doesn't make sense to bring in something that valuable here when you know it's going to be lost to the Americans anyway. The more rational thing would have been to send it to Taiwan or China."
Philippines National Historical Institute chairman and historian Ambeth Ocampo commented: “Two of the wealth myths I usually encounter are the Yamashita treasure and gossip that the Cojuangco fortune was founded on a bag of money…” Ocampo also said: "For the past 50 years many people, both Filipinos and foreigners, have spent their time, money and energy in search of Yamashita's elusive treasure.” Professor Ocampo noted “What makes me wonder is that for the past 50 years, despite all the treasure hunters, their maps, oral testimony and sophisticated metal detectors, nobody has found a thing.”

In March 1988, a Filipino treasure hunter named Rogelio Roxas filed a lawsuit in the state of Hawaii against the former president of the Philippines, Ferdinand Marcos and his wife Imelda Marcos for theft and human rights abuses. Roxas claimed that in Baguio City in 1961 he met the son of a former member of the Japanese army who mapped for him the location of the legendary Yamashita Treasure. Roxas claimed a second man, who served as Yamashita's interpreter during the Second World War, told him of visiting an underground chamber there where stores of gold and silver were kept, and who told of a golden buddha kept at a convent located near the underground chambers. Roxas claimed that within the next few years he formed a group to search for the treasure, and obtained a permit for the purpose from a relative of Ferdinand, Judge Pio Marcos. In 1971, Roxas claimed, he and his group uncovered an enclosed chamber on state lands near Baguio City where he found bayonets, samurai swords, radios, and skeletal remains dressed in a Japanese military uniform. Also found in the chamber, Roxas claimed, were a 3-foot-high (0.91 m) golden-colored Buddha and numerous stacked crates which filled an area approximately 6 feet x 6 feet x 35 feet. He claimed he opened just one of the boxes, and found it packed with gold bullion. He said he took from the chamber the golden Buddha, which he estimated to weigh 1,000 kilograms, and one box with twenty-four gold bars, and hid them in his home. He claimed he resealed the chamber for safekeeping until he could arrange the removal of the remaining boxes, which he suspected were also filled with gold bars. Roxas said he sold seven of the gold bars from the opened box, and sought potential buyers for the golden Buddha. Two individuals representing prospective buyers examined and tested the metal in the Buddha, Roxas said, and reported it was made of solid, 20-carat gold. It was soon after this, Roxas claimed, that President Ferdinand Marcos learned of Roxas' discovery and ordered him arrested, beaten, and the Buddha and remaining gold seized. Roxas alleged that in retaliation to his vocal campaign to reclaim the Buddha and the remainder of the treasure taken from him, Ferdinand continued to have Roxas threatened, beaten and eventually incarcerated for over a year.
Following his release, Roxas put his claims against Marcos on hold until Ferdinand lost the presidency in 1986. But in 1988, Roxas and the Golden Budha Corporation, which now held the ownership rights to the treasure Roxas claims was stolen from him, filed suit against Ferdinand and wife Imelda in a Hawaiian state court seeking damages for the theft and the surrounding human rights abuses committed against Roxas. Roxas died on the eve of trial, but prior to his death he gave the deposition testimony that would be later used in evidence. In 1996, the Roxas estate and the Golden Budha Corporation received what was then largest judgment ever awarded in history, $22 billion which with interest increased to $40.5 billion. In 1998, The Hawaii Supreme Court held that there was sufficient evidence to support the jury's finding that Roxas found the treasure and that Marcos converted it. However, the court reversed the damage award, holding that the $22 billion award of damages for the chamber full of gold was too speculative, as there was no evidence of quantity or quality, and ordered a new hearing on the value of the golden Buddha and 17 bars of gold only. After several more years of legal proceedings, the Golden Budha Corporation obtained a final judgment against Imelda Marcos to the extent of her interest in the Marcos estate in the principal amount of $13,275,848.37 and Roxas’ estate obtained a $6 million judgment on the claim for human right abuse.
This lawsuit ultimately concluded that Roxas found a treasure, and although the Hawaiian state court was not required to determine whether this particular treasure was the legendary Yamashita’s gold, the testimony relied upon by the court in reaching its conclusion pointed in that direction. Roxas was allegedly following a map from the son of a Japanese soldier; Roxas allegedly relied on tips provided from Yamashita’s interpreter; and Roxas allegedly found samurai swords and the skeletons of dead Japanese soldiers in the treasure chamber. All this led the United States Ninth Circuit Court of Appeal to summarize the allegations leading to Roxas’ final judgment as follows: "The Yamashita Treasure was found by Roxas and stolen from Roxas by Marcos' men."
Share:
Newer Post Older Post