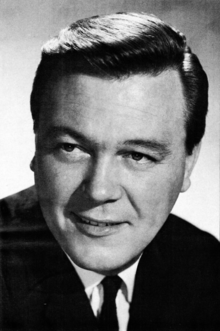 Matt Monro (1 December 1930 – 7 February 1985) was an English singer who became one of the most popular entertainers on the international music scene during the 1960s. Throughout his 30-year career, he filled cabarets, nightclubs, music halls, and stadiums in Australia, Japan, the Philippines, and Hong Kong to Africa, the Middle East, Europe, and the Americas.

He was born Terence Edward Parsons in Shoreditch, London and attended Duncombe School in Islington, and Elliott School in Putney. Affectionately nicknamed "the singing bus driver" (because one of his many occupations prior to achieving fame was driving the Number 27 bus from Highgate to Teddington),[citation needed] he got his first break in 1956 when he became a featured vocalist with the BBC Show Band. An important influence on his early career was the pianist Winifred Atwell, who became his mentor, provided him with his stage name, and helped him sign with Decca Records.
In 1957 Monro released Blue and Sentimental, a collection of standards. Despite the album's critical acclaim, Monro languished among the young male singers trying to break through at the end of the 1950s, many of them emulating Frankie Vaughan by recording cover versions of American hits. (Monro even recorded a version of Vaughan's "Garden of Eden" during this period.) A short recording contract with Fontana Records followed.
By the end of the 1950s, Monro's mid-decade fame had evaporated, and he returned to relative obscurity. He and his wife Mickie lived from her wages as a song plugger and his royalties from a TV advertising jingle for Camay soap. In 1959 he recorded a country pastiche song, "Bound for Texas", for The Chaplin Revue, a feature-length compilation of Charlie Chaplin shorts. It would be the first of many Monro soundtrack themes.
Share:
Newer Post Older Post