Gilas Bounces Back With Rout Of Japan 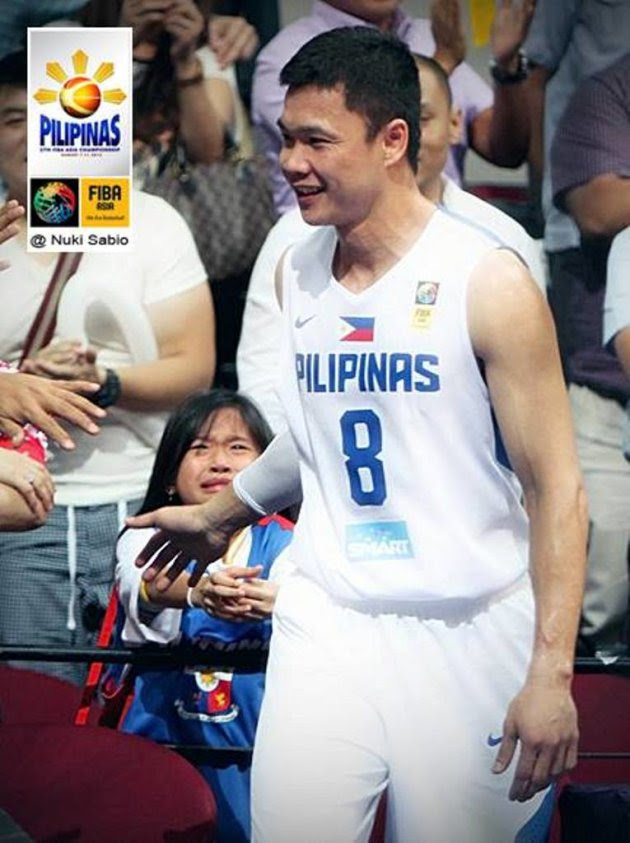 That was also the mixed sentiment after the final preliminary round loss to Chinese-Taipei. All around social media and in many blogsites—Yahoo! Sports Philippines included—there were a handful of followers who began losing faith in David and the Philippines' title aspirations, but many still pulled for David and the Philippines notwithstanding the fact that the host quintet could be on a collision course with defending champions China in a possible quarterfinal clash, they were still optimistic about the nationals; some even more vocal about supporting the team than before.

The Philippines cruised to a confidence-building 90-71 victory over Japan and are now back on track to capture its first Asian title since 1986 and are back online for qualifying for the 2014 FIBA World Cup in Spain.
David only scored five points in the game, but the scene after reminded everyone that there are many things going on that are bigger than basketball--and are also sidebars in a quest filled with passion and sacrifice.
After the squad did its traditional bow to the faithful present at the end of the tiff, David—instead of following his teammates to the locker room—went straight to the stands where his wife, Jenn and daughter Maxene were waiting with open arms, Maxene even in tears of joy for her father. The hug he gave to his family felt like it was never going to end, but I’m pretty certain it was one of the most emotional moments in the young cager’s life as the chants continued until he finally left the floor.

But the fact remains: The Philippines is still on a collision-course with defending champion China, especially now that the Chinese defeated Kazakhstan, 73-67.
No, the score was not a typo. That’s how close the Chinese came to being crushed by the then unscathed Kazakhs from weak Group D.
Before the games begun, I was with a few sportswriters and bloggers discussing about the possibility of strategy coming into play in this second round; about “tanking” to avoid running into trouble during the knockout stages. We surmised that because of the way the tournament was structured, a loss by China in Group F would push them down to the fourth seed, provided they win over Bahrain and India—as they should. The only game they “could” lose without it looking “suspicious” was in their initial encounter with Kazakhstan. Why? Because the they are a superstar down and the Kazakhs are bigger. Why lose? If they drop to the fourth seed, they would be going up against the top seed from Group E. Let’s face it: China will be the odds-on-favorite against any team they face in the quarterfinals, so technically it wouldn’t matter who emerges to challenge them from Group E.
Share:
Newer Post Older Post