LeBron Is Coming For A Day In Manila 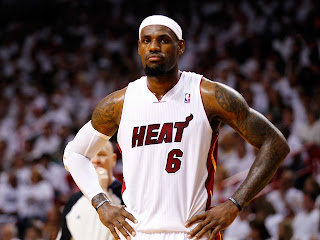 But that’s not the whole story, because it doesn’t include the complete and absolute hate he had to endure while going about making those accomplishments. More than anything RESPECT is what I feel for this guy nothing more nothing less.
Anyway here’s the press release for the ‘leave a message’ part:

An Opportunity for Manila Fans to “Leave a Message”

In the same way, Filipino fans will have a special opportunity to leave personal messages for LeBron through social media, radio and retail activation starting July 12, 2013. By visiting the Nike Basketball Facebook and Twitter pages, fans can “leave a message” for the two-time champion along with a photo of themself that express a personal message to LeBron. The caption of the photo should tag Nike Basketball Philippines (https://www.facebook.com/nikebasketball.phils) on Facebook or tag @NikePH on Twitter, both including the hashtag #WITNESSHISTORY.